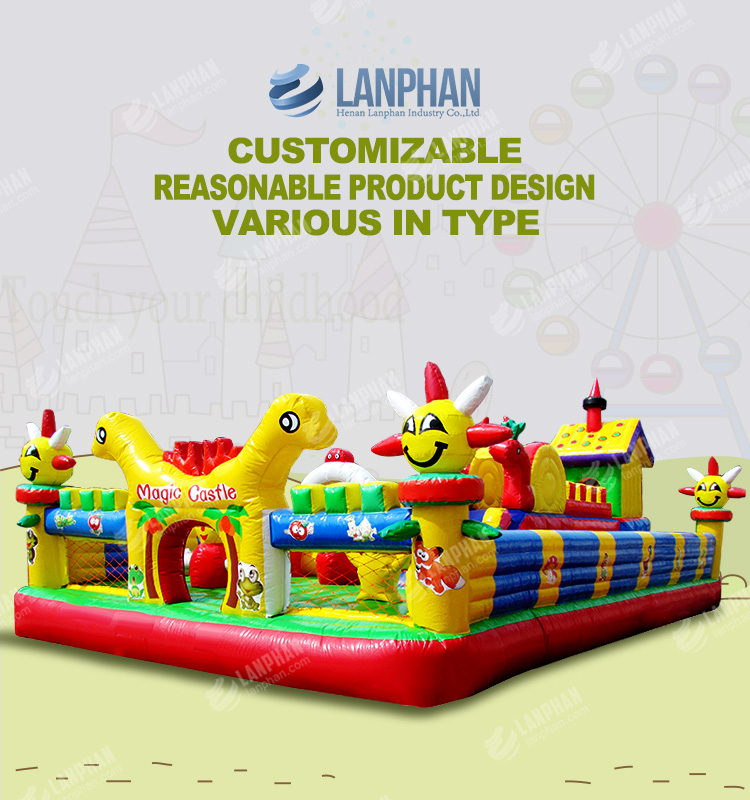 Inflatable castle is a kind of inflatable amusement equipment with castle model, it also is called Bouncy castle, Inflatable slide, Bouncy Slide, closed inflatable trampolines, bouncy houses, moon bounce, moonwalks, Jumping Castles, Jolly Jumps, jump jump and so on. It is designed according to children's characteristics, has slide and different kinds of animal models inside, belongs to a newly born amusement equipment. After stereo combination of science, inflatable castle is made of waterproof PVC cloth which is environmental and soft, shaped by constant air feed with a draught fan in closed situation. It has the characters of safety, high ornamental value and novelty, vivid color, long using life. And it is popular with kids because of its cute and unique model. Kids can roll, climb, sway, jump in the castle, which can not only exercise and have fun, but also develop children’s intelligence.

Product Characters:Inflatable castles is a kind of amusement equipment with strong comprehensive, and it is popular among the investors because of its advantages of safety, easy to manage and convenient for maintenance. It is convenient for carrying after letting down the inflatable castle. 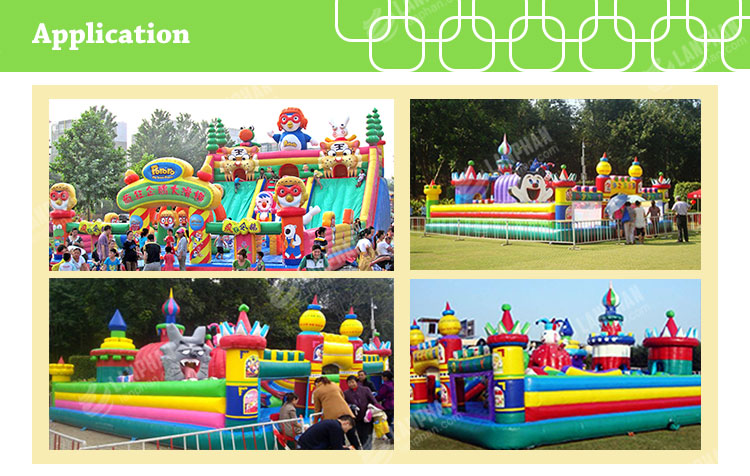 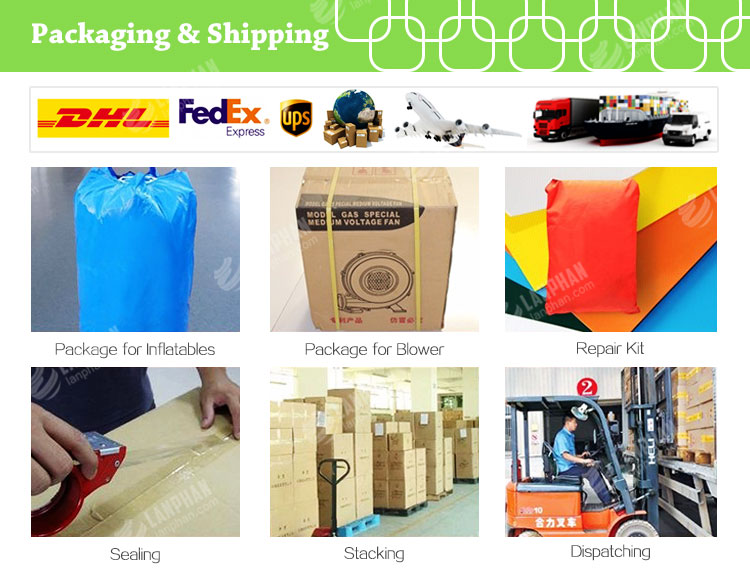 You could fill out the form below and leave your contact information and product requirements, we will contact you ASAP. In order to get in touch with you in time, please complete your CONTACT INFORMATION and REQUIREMENTS.
Update Required To play the media you will need to either update your browser to a recent version or update your Flash plugin.