July 7th, 2017, Henan Lanphan Trade Co., Ltd. has the mid-year summing-up meeting. The meeting has summed up first half year’s work, analyzed the situation and challenge we face, deploy working plan for the next half year, mobilize all staffs to work hard to accomplish company annual tasks.

General manager Amanda Liu gave important summary, she looked back what we have done in first half year and affirmed the work performance. Then she pointed out what we should improve in the coming second half year and gave strict working plan to each department. 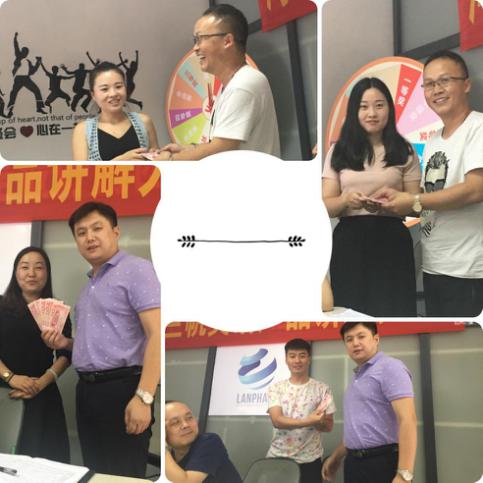 Meanwhile, two sales managers also summed up and put forward with detailed working plans. Then admin concluded all the activities we have carried out for each month, praised well performance staff. Also summed team building activities for season one and season two. General manager gave cash bonus to activity winners.

In future works, we should carry out the working plans we have made step by step, try our best to learn more and think more, we believe that Lanphan would be better and better.